The new documentary Framing Britney Spears has become a hot topic of conversation in recent days, and that’s also true as it relates to Justin Timberlake. Following backlash, he offered an apology to both Spears and Janet Jackson for “the times in my life where my actions contributed to the problem.” After the apology, he received some feedback, including from his wife Jessica Biel.

Biel wrote in a comment on the post, “I love you,” followed by a heart emoji. Brandi Carlile also took a moment to share her thoughts in the comments, writing, “Really beautiful to read this. I think it’s going to speak to a lot of people’s pain. I can’t wait to see how you get involved with elevating women and marginalized people. you’re an inspiring dude to me.” 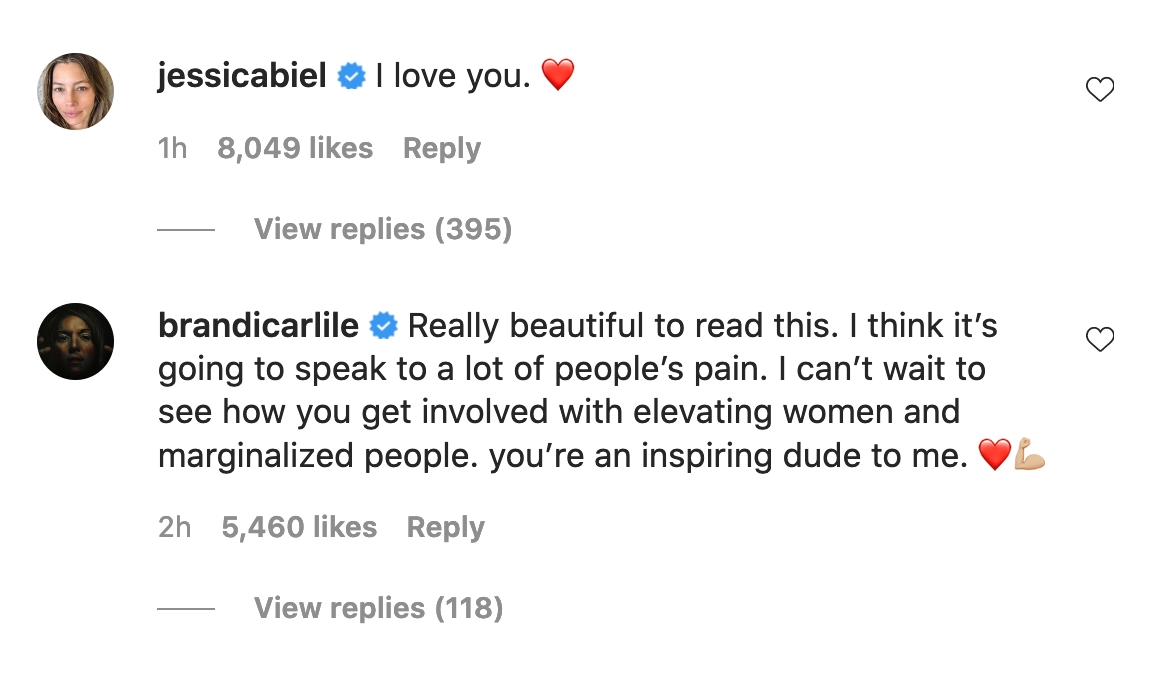 “I’ve seen the messages, tags, comments, and concerns and I want to respond. I am deeply sorry for the times in my life where my actions contributed to the problem, where I spoke out of turn, or did not speak up for what was right. I understand that I fell short in these moments and in many others and benefited from a system that condones misogyny and racism.

I specifically want to apologize to Britney Spears and Janet Jackson both individually, because I care for and respect these women and I know I failed.

I also feel compelled to respond, in part, because everyone involved deserves better and most importantly, because this is a larger conversation that I wholeheartedly want to be part of and grow from…”

Source: Jessica Beil Sent A Message Of Love To Her Husband Justin Timberlake After His Apology To Britney Spears