Jared Leto has starred on a good TV show (My So-Called Life), he’s been in many good movies (Requiem for a Dream, Blade Runner 2049, The Thin Red Line, etc.), he’s won an Academy Award, he’s the lead singer of a popular rock band, and he inspired a very good joke from Popstar: Never Stop Never Stopping about his popular rock band.

But to me, he’ll always be the guy who (reportedly) gave Margot Robbie a rat. 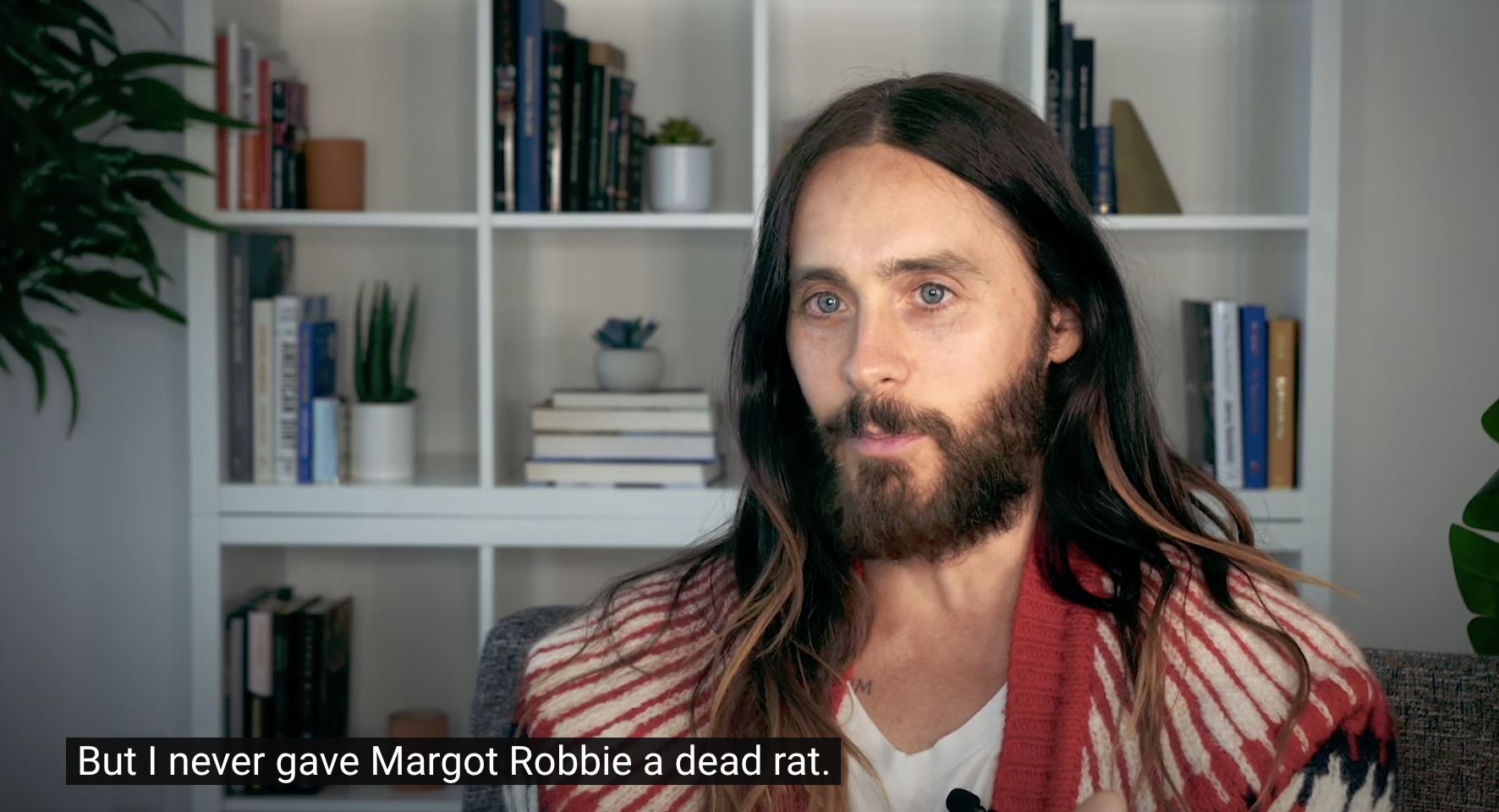 That comes from a GQ video where Leto breaks down his “most iconic roles,” including playing the Joker in the DC anti-hero movie. “We had a lot of fun with it, but it’s also interesting how this stuff all takes on a life of its own,” he said. Then: “But I never gave Margot Robbie a dead rat. That’s just, that’s not true.” (Ah yes, the ol’ “Monster Island is actually a peninsula” defense.) Leto didn’t give Robbie a rat, allegedly, but he did find “this place in Toronto that had great vegan cinnamon buns, and that was a very common thing.”

In defense of Leto: I, too, have not given Margot Robbie a dead rat.

Source: Jared Leto Claims That He Never Gave Margot Robbie A Dead Rat While They Were Making ‘Suicide Squad’