Donald Glover doesn’t have any posts currently visible on Instagram, but he used the social media to break some news of his own anyway on Friday night. The Atlanta star and musician revealed in a four-part Instagram story that he’s bringing a show to Amazon with Fleabag and Killing Eve creator Phoebe Waller-Bridge.

Waller-Bridge, who isn’t on any social media platforms that she’ll reveal publicly, let Glover do the promotional work on his also-defunct Childish Gambino Instagrm page, posting a pair of videos and two text messages that revealed the pair have a show coming to Amazon Prime in 2022. The video starts with Glover close to the screen, then backing away to begin what appears to be flossing. 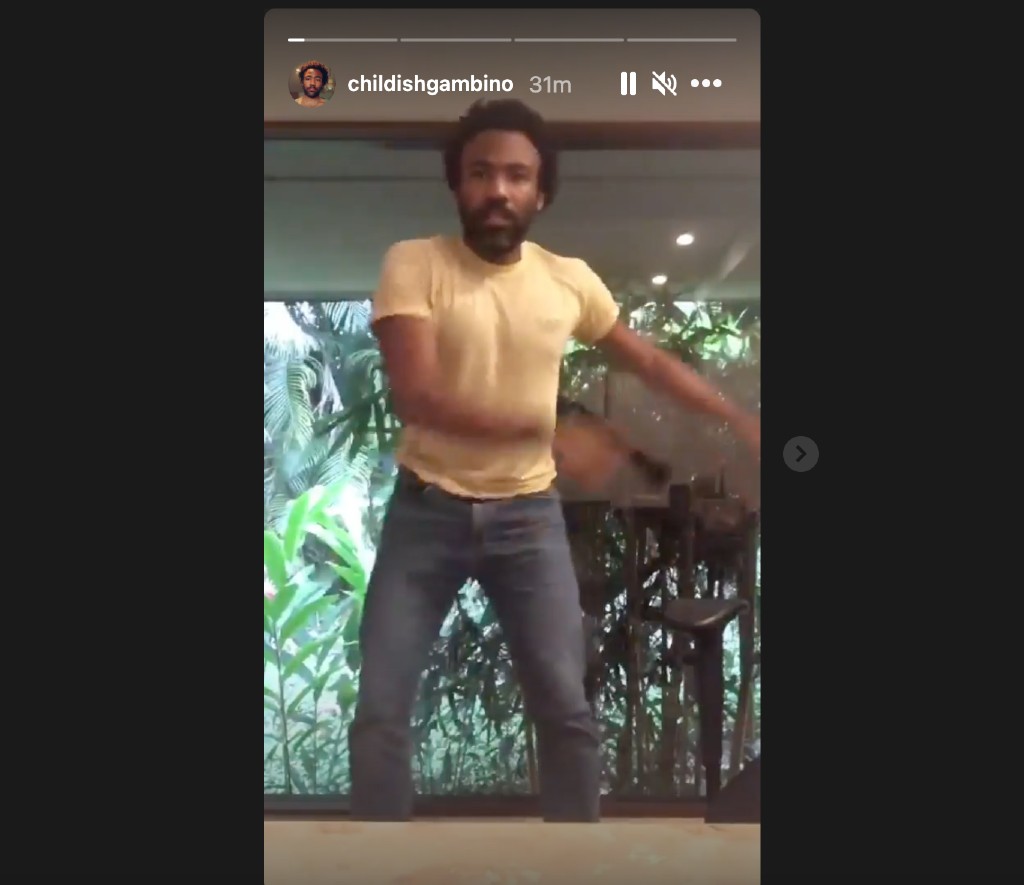 The video then cuts to a bespeckled Waller-Bridge, who takes off her glasses as Paul Anka’s Put Your Head On My Shoulder starts to play. She then gets up, moves to the doorway behind her and leans against it as the song slowly starts to change. 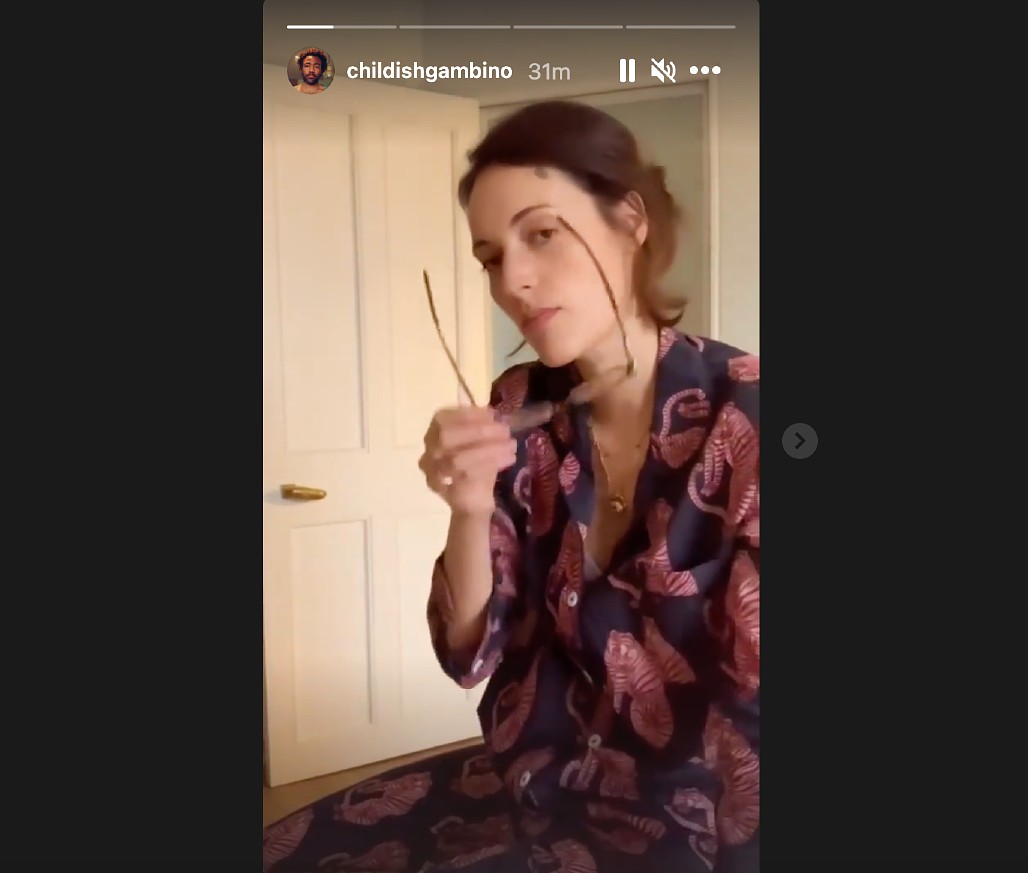 From there is an abrupt cut to two text screens, one that reveals it was, indeed, Waller-Bridge in the video, and that she and Glover are working on an Amazon show together. 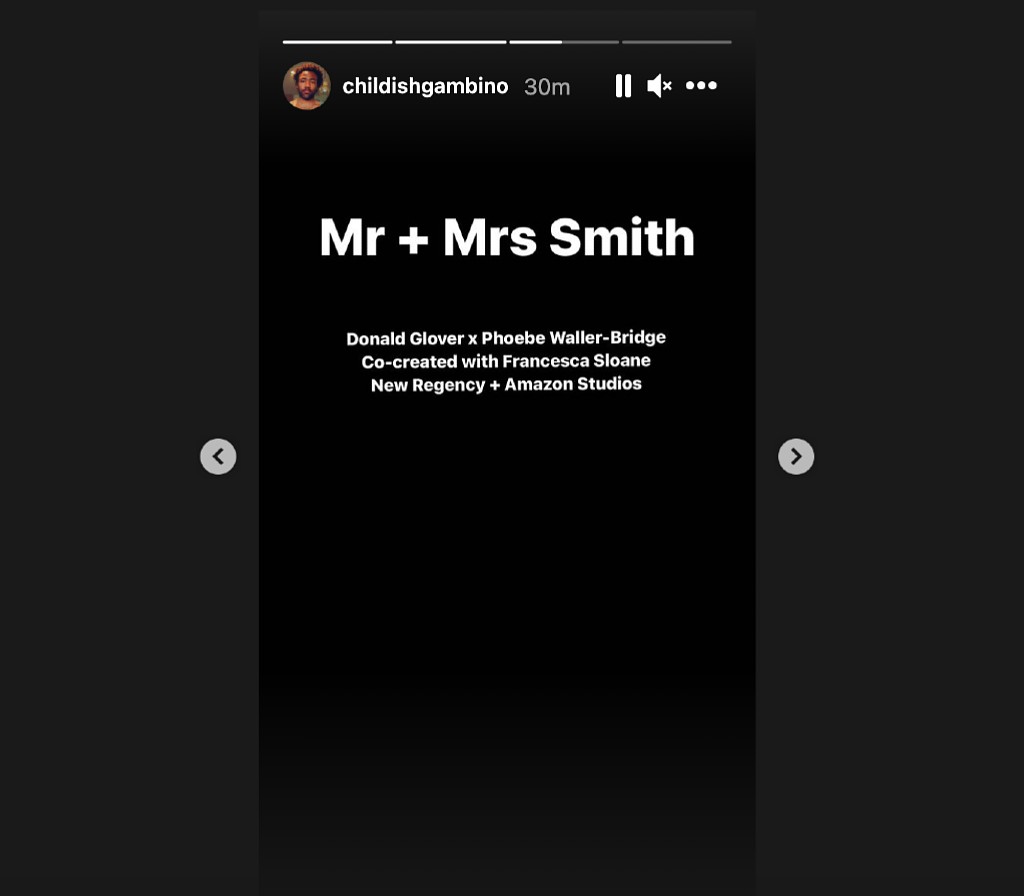 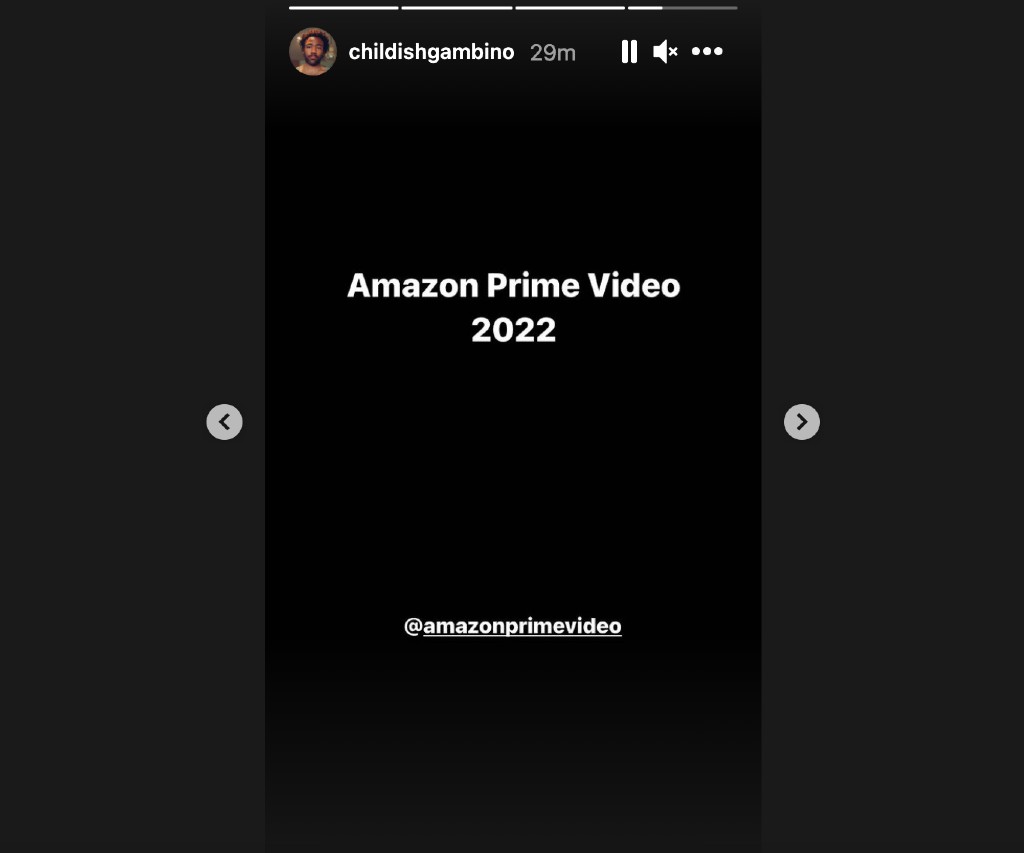 The head of Amazon Studios later put the entire video up in a post on her own Instagram page.

It’s unclear what the show will be about, as the story didn’t contain any actual words. But the title Mr. + Mrs Smith is the same as the 2005 action comedy Mr & Mrs. Smith, which starred Brad Pitt and Angelina Jolie. Variety on Friday described the project as a “new spin” on the film. Judging by the work Glover and Waller-Bridge have done in the past and the clues from the video — Glover nearly flossing and Waller-Bridge leaning against a doorframe — well, your guess is really as good as any right now.