Last year, Machine Gun Kelly made a highly-publicized pivot from rap to pop-punk with his album Tickets To My Downfall. The sonic shift was successful as it debuted at No. 1 on the Billboard 200 chart. Now, it seems as though Trippie Redd may be following in Kelly’s footsteps as he’s just unveiled the tracklist to his rock-inspired album.

Kelly is actually featured on Trippie Redd’s upcoming LP Neon Shark Vs. Pegasus, which was produced with the help of Blink-182 legend Travis Barker. Along with Kelly, Redd’s album will see contributions from Blackbear and Deftones’ Chino Moreno, among others.

While Redd is gearing up for his own project, the rapper has been featured on a handful of tracks from other musicians in recent months. He lent a verse on Rico Nasty’s album Nightmare Vacation, played wedding crasher in the video to Murda Beatz and Shordie Shordie’s “Love,” and was animated alongside Juice WRLD in the visual to their Internet Money collaboration “Blast Off.” 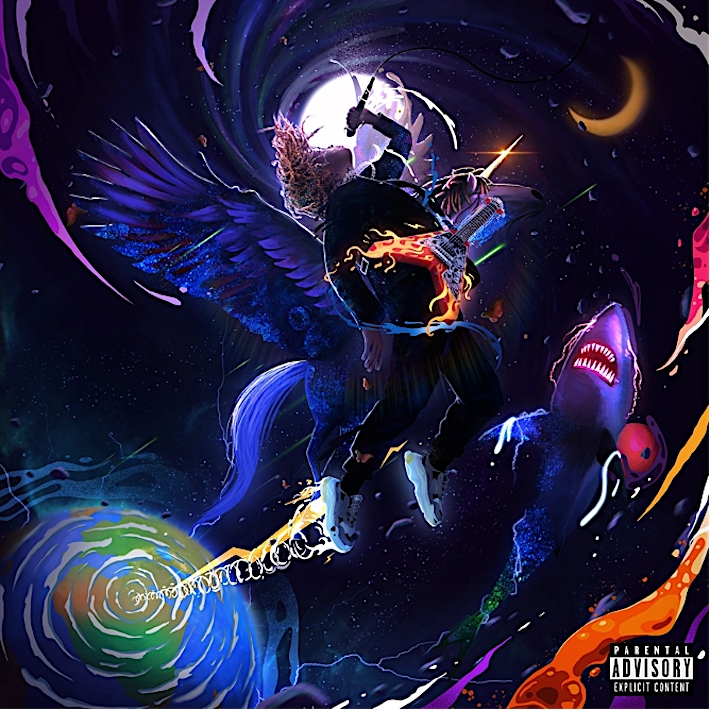 Neon Shark Vs. Pegasus is out 2/19 via 10K Projects/Caroline. Pre-order it here.

Some of the artists covered here are Warner Music artists. Uproxx is an independent subsidiary of Warner Music Group.