A few days ago, Ariana Grande got her fans excited by revealing that she’s dropping a deluxe edition of Positions, which will feature four new tracks. She didn’t say what those songs are or who might be featured on them, which sent fans into speculation mode. One common guess/hope is that SZA will find her way onto one of the tracks, but unfortunately, SZA herself has confirmed she isn’t on the deluxe album.

A Grande fan page on Instagram asked, “SZA in positions deluxe ?! ( track15 ).” SZA herself took to the comments to debunk the rumor, writing, “Lol I wish but nah.” She definitely wants a Grande collaboration, though. In an Instagram Story from yesterday, SZA shared a tweet that reads, “SZA ft. Jhene Aiko is what the world needs right now,” and added, “I agree. Summer Too and kehlani and Ari.” 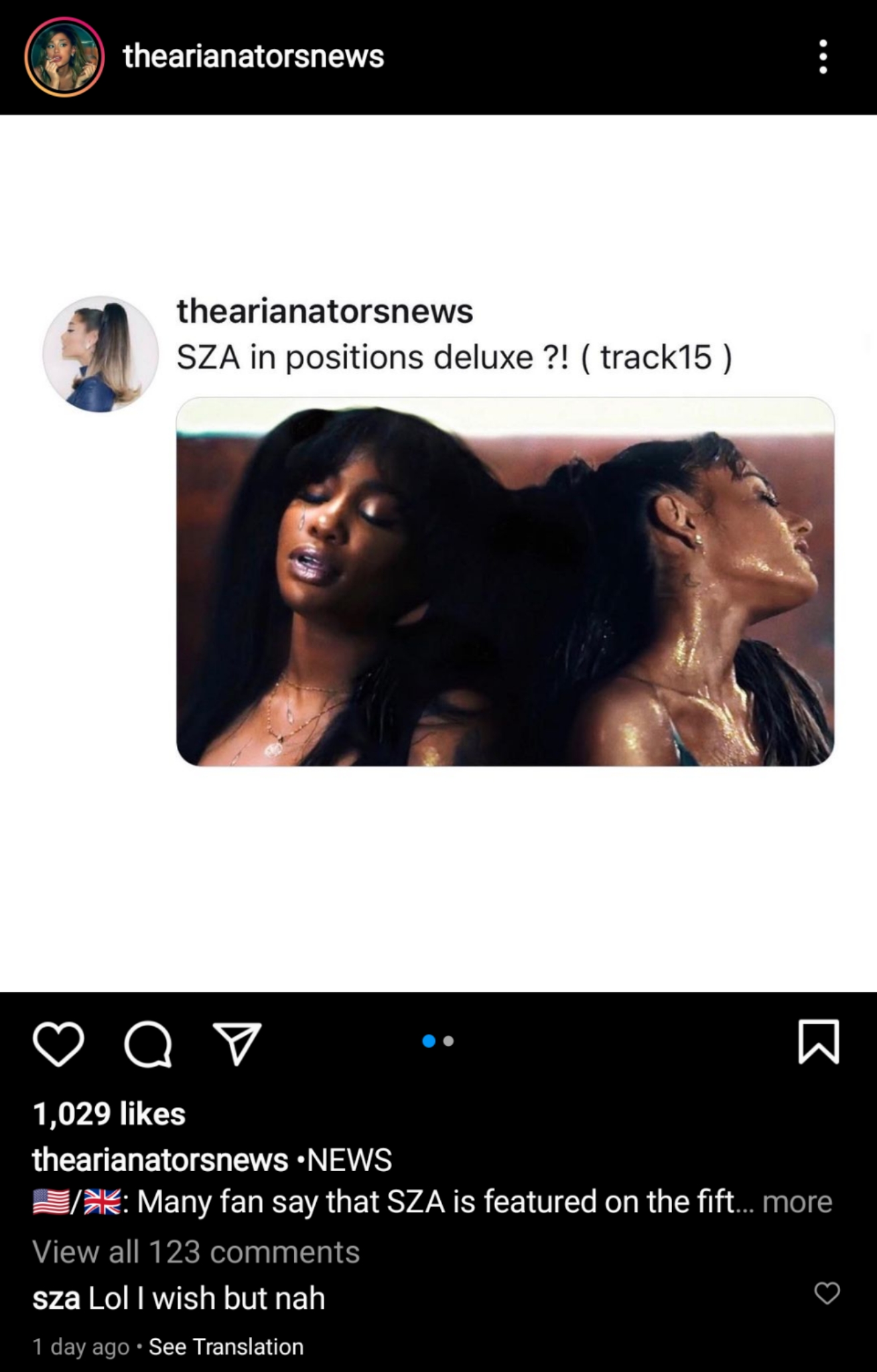 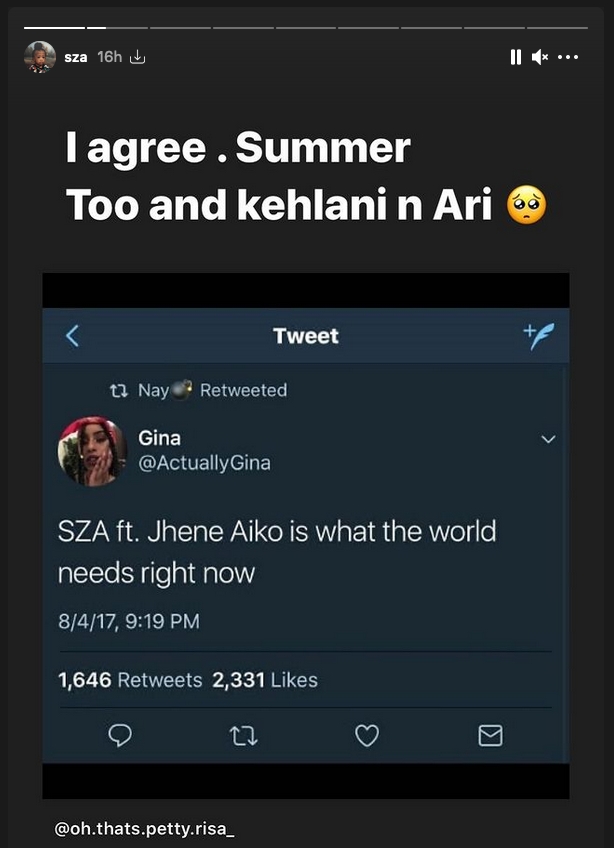 All the positive energy SZA has been putting out into the world lately seems to line up with the New Year’s resolution she shared at the end of 2020 when she tweeted, “I want better friendships 2021 so imma be a better friend.” Meanwhile, she may also be trying to get a collaboration with Frank Ocean to happen: One fan suggested that she should get Ocean to feature on a “Good Days” remix and she responded, “Imma ask [watery eyes emoji] lol.”